The Garage is a hub for performing arts, a creative playground – from first steps to professionals; it’s a safe place for everyone to learn, experience and create, to be inspired to succeed.

Located in Norwich The Garage is an important creative space for the communities of Norfolk and beyond. Working with local and national partners to provide high quality performing arts programming, participation, education and training for all ages. It is a place for everyone but has a particular focus on young people from all backgrounds. 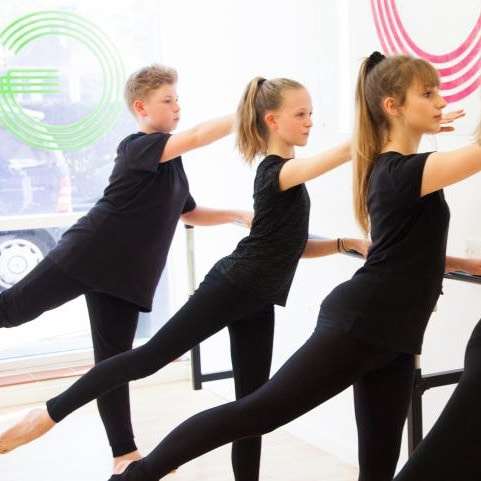 The Garage operates year round, in Theatre, Music and Dance. This programme of activity includes: 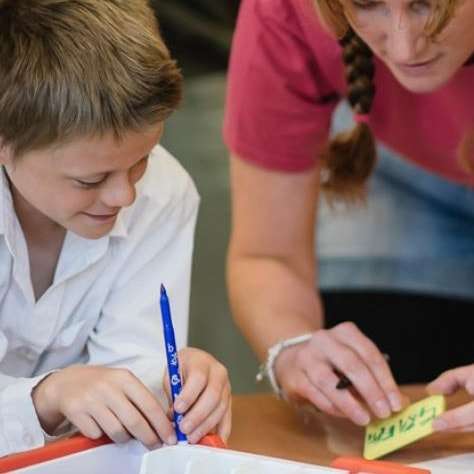 The charity has a strong emphasis on engaging those with least access to the arts, particularly young people. The outreach team works with funders, local authorities, schools, statutory agencies and referral partners to deliver year-round access, inclusion and development initiatives based both at The Garage and beyond.

In addition to the work delivered by the trust, the facilities are hired by community, education and arts groups in order for them to deliver their own activities. This not only widens The Garage’s charitable aims but it supports the organisation by generating income that is reinvested in the charitable aims.

Performances
The performance programme, supported by Arts Council England and our Local Authority funders, aims to engage teenagers and young adults in theatre, although people of all ages enjoy our presentations. We present work which is ‘small in scale and big in creative ambition’, often described as ‘Fringe style’. It includes dance, spoken word and music and is often by new and emerging artists, writers or companies. Alongside our professional presentations, we showcase local companies, youth and student groups each season, and present family shows in school holidays and at weekends.

Incubation
The Garage offers unparalleled opportunities for local, regional and national professional artists and companies, due to the quality of our facilities and expertise of staff and partners. We help artists to secure investment, develop and tour new shows and have excellent facilities for rehearsal and performance. Our experienced management team and our partners offer high level support with production, fundraising or marketing and we have a large groundswell of participants, audiences and young artists with which to collaborate or test new work.

Production
We actively co-commission and produce in house, new work engaging with children, young people and families with producing partners across the UK. Artists tell us that our approach to connecting activities provides an appealing opportunity for them to create new work through collaborations with audiences, artists and participants.

Our ambition is that through the creation of high quality creative work, we will be able to reflect and tell the stories of those we work with. For example, we have found that work for and with young people is often biased towards more urban experiences whereas our participants, and many more like them, grow up and live in predominantly rural environments. We want to give voice to their untold stories, perspectives and viewpoints and share that work, both here and across our touring partnerships.

“The Garage is a leading venue programming work for, by and with chidren and young people…proof that if a venue has a thorough programming strategy then audiences can be attracted, developed and sustained. Your initiatives, for example tweetseats, have been an inspiration to your peers” Mark Makin, Programme Manager, House

SAFEGUARDING POLICY
The Garage is committed to safeguarding and promoting the welfare of children, young people and families by protecting them from significant abuse, harm and radicalisation.

Children, young people and families accessing The Garage’s services should be aware that if there is a child protection issue where they (or others) are likely to be at risk of significant harm, employees are under a legal duty to follow safeguarding procedures and cannot offer confidentiality.

Information sharing is also vital to safeguarding and promoting the welfare of children, young people and families through the accurate recording, sharing and understanding of information and taking appropriate action in relation to known or suspected abuse.

All The Garage’s staff who provide a service to children, young people and their families have a duty to record information about meetings, telephone calls, interviews and correspondence received.

The Garage will keep this information securely and confidentially.

The Garage Trust Ltd is guided by an experienced and dedicated board of trustees consisting of professionals from the business sector, local authorities and community based organisations. Each trustee provides valuable skills, experience and insights that support the management team and guide the strategic development of our work. Our current trustees are:

Maggie Wheeler (Chair of the Board of Trustees)

Maggie came to Norwich in 1972 to go to UEA …and stayed! After graduating with a degree in English and American literature she trained as a social worker and has spent most of her working life in health and social care.

She chaired Norfolk and Suffolk NHS Foundation Trust (mental health services) for 10 years until April 2013. She has also been a trustee and chair of Age UK Norwich. She does freelance work as a facilitator, and had worked with many organisations on governance and board development.

Maggie joined the trustees of The Garage in Autumn 2012 and feels privileged to be asked to be the Chair. She is passionate about Norwich, and keen that The Garage play its full part in the cultural scene of the city – especially in showing what young people can contribute.

Vivian Chinasa is a Nigerian interdisciplinary artist working and living in Birmingham. Graduated from Aberystwyth University, School of Art, in 2014, she is the founder of ‘Live Art in Wymondham’, a one day site-specific performance festival with an aim to bring emerging artists working in live art to rural Norfolk. Vivian’s work has been presented at venues across Europe, America and the UK; to include In Between Time Festival as part of the New Bloods Commission, SPILL festival and Rapid Pulse International Performance Art festival, Chicago.

She came to Norwich in 2015, to work with Creative Arts East, as the Community Touring Assistant, after working for the Welsh Government. She is currently working for Aspex, in Portsmouth, as the project coordinator for PONToon (Partnership Opportunities using New Technologies fostering sOcial and ecOnomic inclusion).

Jeremy is the youngest of five children and has lived most of his life in and around Norwich. Having qualified as an accountant working in the profession he has spent the majority of his subsequent career in commercial roles as finance or commercial director for companies ranging from starts ups to £400 million turnover subsidiaries of FTSE100 companies. He has a broad range of experience in the food, consumer goods, logistics, professional services and IT sectors. He also has a strong IT skillset and is a self-confessed IT geek. Jeremy joined the board of trustees in 2017 and Chairs the finance committee acting as a bridge between the finance operations and the board.

Outside work he and his wife Sally have a busy life with their four children and grandson. He is also a keen sportsman though he says his rugby and basketball days are now sadly over. Instead he spends his time cycling.

Sarah joined the Board in 2014.  She is currently Director of Marketing at Norwich University of the Arts, overseeing all the University’s marketing, communications, student recruitment, events, development and work with schools. With a background in TV Production she first came to Norwich in 1992 to work on Unnatural Causes, one of the PD James dramas made by Anglia TV,  and  continued to work between London and Norfolk until joining NUA in 2009.

Michael Launchbury is a senior cultural sector professional with a career spanning significant management roles in both the performing arts and the heritage sector.  He is a former Chief Executive of The Globe, Southwark and Director of South Hill Park & The Wilde Theatre, Bracknell, where he presented the first WOMAD Festivals in Berkshire. Between 1990 and 2000 he was Director of Public Services and Estates for the Museum of London, where he was responsible for capital planning and development, visitor services, exhibitions, education, security and building management. In that role he project managed the creation of the London Archaeological Archive & Research Centre, a landmark project in providing public access to original materials. Since 2001 Michael has practised as an independent consultant, founding Quartet with colleagues in 2011.  Michael is a Trustee of The Garage, Norwich and of the Norfolk Historic Buildings Trust.

Prior to coming to Norfolk in 1995, Mari worked as a Community Arts Officer in Walsall in the West Midlands. As Head of the Arts and Events Service at Norfolk County Council, Mari liaised closely with senior Elected Members and Chief Officers, advocating the vital role that culture plays in the social and economic life of the county. Mari was responsible for the establishment of the Norfolk Cultural Board and more recently the new Anglia Cultural Board which is made up of cultural leaders from Norfolk and Suffolk, and representatives of the Arts Council, the New Anglia Local Enterprise Partnership, and other bodies, including the National Trust and Tourism agencies.

d Oxford Brookes. Catrin has worked in Education for 18 years.  After training and teaching  in Shropshire and the Midlands, she has worked as a head teacher in Norfolk for the last eight. She is currently headteacher of West Earlham Junior School, one of the communities served by the Garage Delivery Programme. Catrin has a background in creative education leading one of the Creative Partnerships’ National Schools of Creativity and running national workshops on the Mantle of the Expert System, Learning through Drama and the Leadership of Creative Learning.

Jo Warr is Head of Development at Norfolk Museums Service, one of the largest regional museum services in the UK, operating 10 museums across the County including Norwich Castle Museum & Art Gallery, Gressenhall Farm & Workhouse and Time and Tide Museum in Great Yarmouth. Jo has been with the Service since 2003 and in her current post since 2014. Her previous roles include working for Arts Council England and the Architecture Foundation. Jo is also the Chair of Governors of Notre Dame High School and joined the board of the Garage in 2017.

© 2020 – The Garage is the operating name of The Garage Trust Limited.