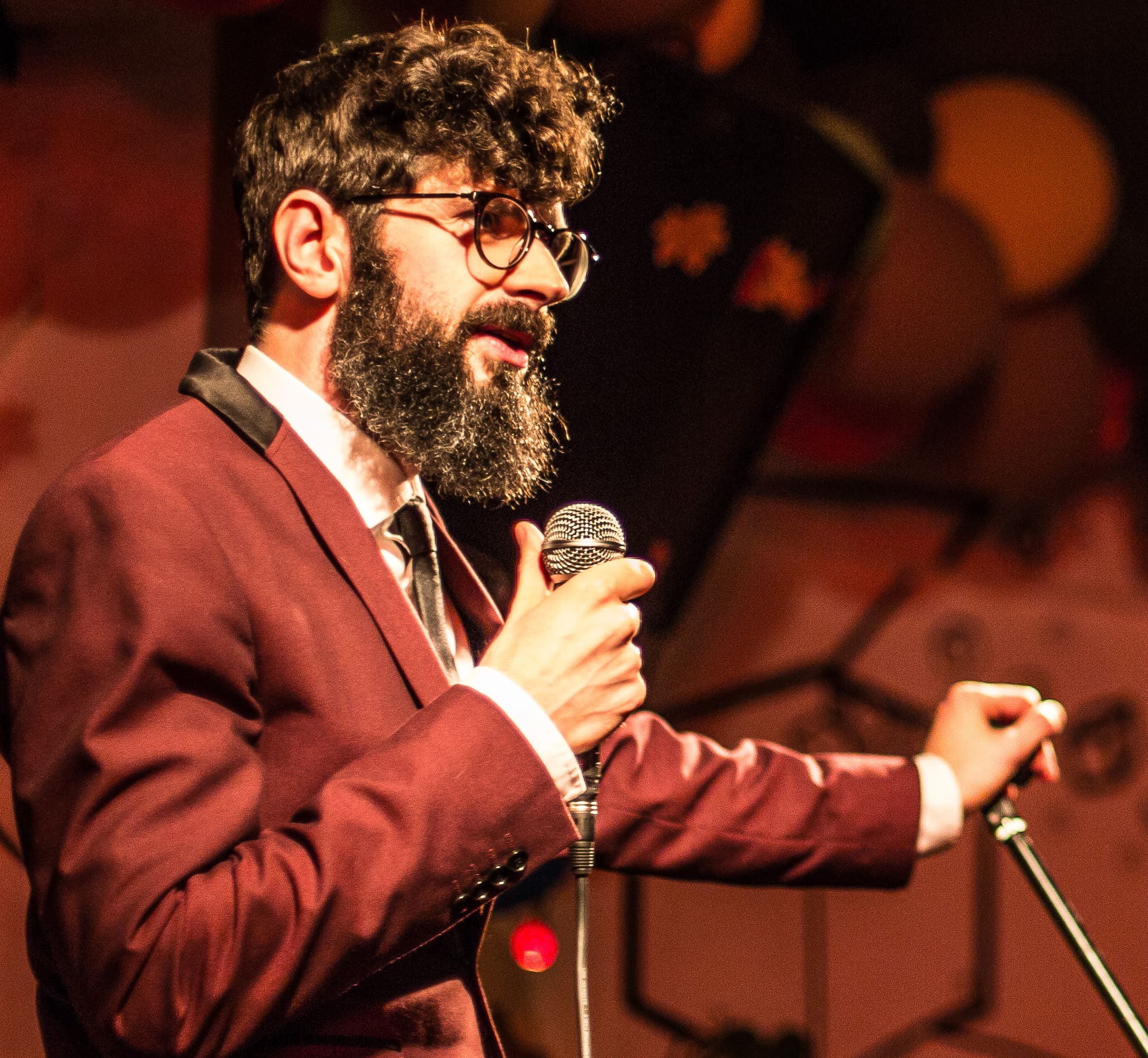 Last Friday saw the beginning of the Comedy Fest here at The Garage, and we cannot wait for the next installment!

“It’s been ages since I laughed that hard”

That was just one of the quotes I heard exiting Clutterbuck’s Comedy Club last Friday night. What an evening we shared as an audience, what a feeling to have such energy back in the theatre at The Garage.

Across the country, theatre-goers are still only tentatively returning to venues, Covid 19 has not gone away, after all. That feeling was reflected in the audience numbers on the night – but happily, we still welcomed a half-capacity crowd on Friday. Far from being a negative, that resulted in a unique and joyous atmosphere, an intimate and fun gig, marvelously hosted by the effervescent Tom Clutterbuck.

The laughs flowed freely and readily as we enjoyed the whackyness of Joz Norris in his wig and underpants. We delighted at the cheeky, acerbic wit of the brilliant Heidi Regan, and we hooted at the local offering from the beautifully bizarre Dave Hazelnut. (Only we could have a comedy night featuring a Clutterbuck and a Hazelnut). Raucously funny as they were, however, nothing could have quite prepared us for the hilarity of Pierre Novellie. His personal take on lockdown life and lacerating self-deprecation, left us all in stitches. (For the record, that pun was absolutely intended)

The Comedy Fest at The Garage was intended to bring some much needed laughter to our first full season back, following the past eighteen months, and boy did this opening night deliver! Coinciding with the reopening of our house bar, The Garage felt alive again, it felt like a theatre again. There may even be talk of comedy nights like this becoming an even more regular fixture, so keep your eyes peeled in the coming months for updates!

Looking ahead, we’ve got another comedy banquet for your delectation in the shape of the Comedy Club Night, featuring another four comedians as part of our Comedy Fest, hosted by the award-winning Dan Atopolski. The bar will be open again, and Students will get a FREE DRINK with every ticket (ID required)!! Other comedians involved include Dana Alexander, Gary Tro and Javier Jarquin – if the first of our comedic offerings was anything to go by, you’ll be in for a treat on 22 October.

Aside from that, our main season is absolutely jam-packed with brilliant theatre and music, culminating in the return of our much-loved My First Panto! This year it will be Cinderella Rocks, a new take on a classic story, complete with dastardly ugly sisters, cute talking mice, and of course, Ella herself, but not as you might know her (full details here). One in particular to watch coming-up, is Catch Of The Day, an award-winning piece of theatre, featuring music, comedy and fantastic writing. We’re really excited to have Red Fox Theatre here with us, and it promises to be a great night.

Find out more about all of our upcoming shows here.