How taking GCSE Drama at The Garage helped me 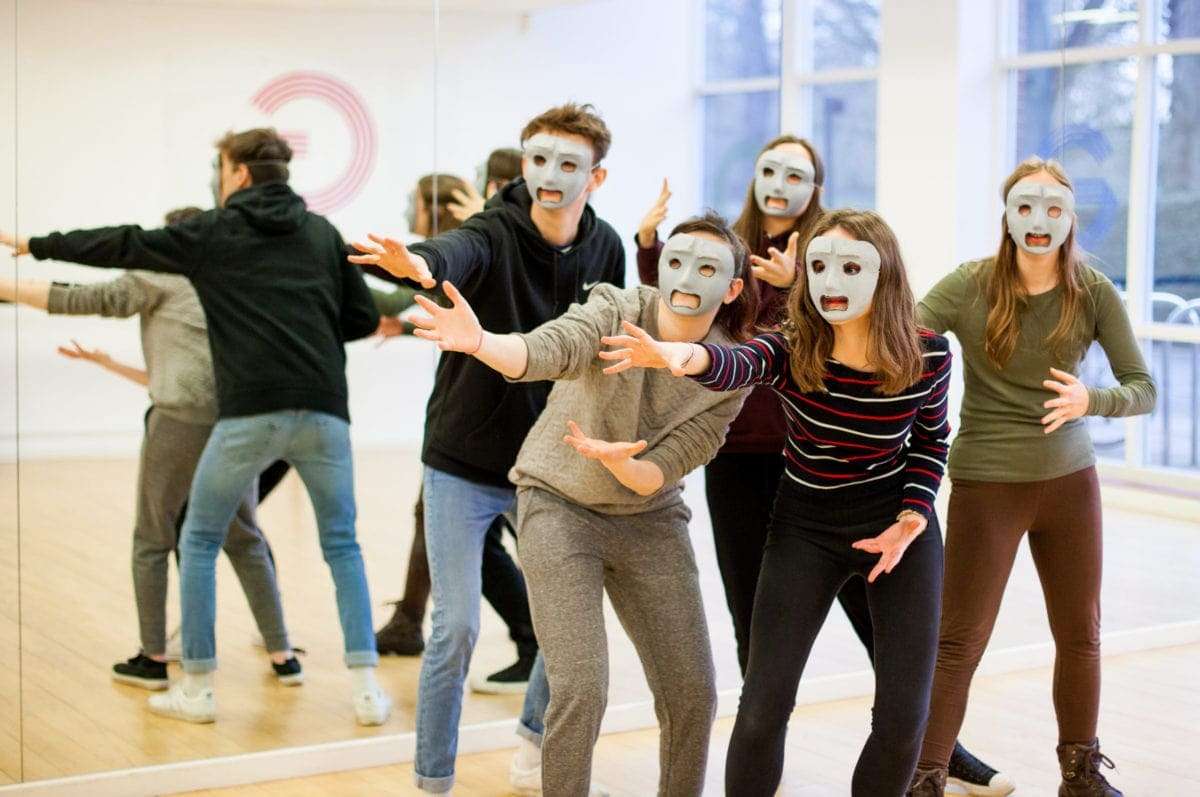 Ricky Moss loved drama at school but brought the curtain down on performing when it came to picking his A-Level subjects in the late 1990s.

“I wanted to take history and geography so had to. My drama teacher tried to persuade me not to and I did um and aah about it a lot. At that time arts subjects weren’t pushed as much. I was disappointed but that was that. I went on to do my A-Levels and you end up getting jobs and what not. I joined the Royal Navy for quite a few years, left in 2015, settled into a job and that was fine.”

At least it was, until La La Land came on the TV a couple of Christmases ago.

He recalls: “I was at home with my daughter, sorting the house out. I thought it’s not my sort of thing, but we’ll whack it on in the background especially for my little girl, she’ll love that. I was hooked and the next two hours brought back all these memories and emotions of how much I used to love drama 20 years prior. At the end of the film I thought ‘why didn’t I take drama’? The subjects I took, they’re just subjects, I didn’t do anything with them. Yeah, I’ve got the A-Levels, that tick in the box, but it hasn’t furthered my career in any way. Then you start regretting it and think ‘is there any way I can do anything now’?”

The then 37-year-old, father-of-three from Diss hit the internet as soon as the credits rolled. The Garage popped up but Ricky didn’t know anything about us, although he later learnt his sister came here 10 years ago.

He’d missed the auditions for that January’s GCSE Drama course, which was starting in a week, so asked about enrolling for the next in September. Told there were still places available in the New Year he popped along.

“That’s how I started. I hadn’t auditioned, so hoped ‘am I going to be any good, were they going to like me, was I going to turn up and not be able to do it’? It was nervy. The last thing I did was in sixth form when I was Kenickie in Grease The Musical in 1999, which I loved, it was brilliant. I hadn’t done anything at all since, life just takes over.”

Ricky, who started the course in 2018, wasn’t fazed by being in front of large groups of people thanks to his time in the Navy. He was anxious about properly studying for the first time in years, meeting new faces…

He said: “The hardest thing for me was when I arrived the first day. I saw the other students and they were a lot younger; I was expecting there to be an array of ages. My daughter was about 10 then and I wasn’t used to dealing or working with teenagers. I was a bit nervous. After two or three weeks you all start to get to know each other, the age thing was nothing. They were so talented; I couldn’t believe it. They had so much confidence and it put me at ease. Plus, the tutor was brilliant.

“At times the course was testing, but it wasn’t as bad as I thought because I was focusing on just the one GCSE, plus I chose to do it. That past love was rekindled and because I enjoyed it so much it made it so much easier. I work full-time so the timing of the class was perfect. You have moments of studying at home, but it worked. My daughter was perfect for line-learning during the course. The assessment piece we did was God of Carnage and she helped me with my lines and was brilliant.”

Students across the country will be picking up their GCSE results this Thursday. Ricky remembers collecting his like it was yesterday.

“I was ecstatic when I got a Grade 6, which is a really good B – this is the highest grade I ever got at GCSE.”

The biggest takeaway was his renewed sense of belonging. Something he missed from his Navy days.

“When you’re in the forces it’s like a big family. You move away and, yeah, you stay in contact for a little while, but that slowly fades. You miss it. My wife was glad I was doing something I was enjoying. She knew I felt a bit down after leaving the forces. It’s natural, I was in for eight years. You get to an age where you think life’s just slowly disappearing. After I left the Navy it was like ‘what now’? It’s natural you start thinking back, maybe at the choices you’ve made.

“It’s hard to explain. Leaving the military has such an impact on people’s lives. I was lucky, I’ve got a great wife, great kids and got back into civvy street quite smoothly. But you still have these things going on in your head about this family you once had. That’s why it was important for me – and my wife could see it as well – to find something I wanted to do, to find that part of you again and help you get through the next stage of your life.

“The one thing I’d say to anybody (considering a course) is it’s definitely not too late. Do a bit of research and you’ll find some way you’ll be able to fulfil that desire, rediscover that love. I was blessed The Garage existed; the arts are such an important thing today, especially for your mental health.”

During the latter stages of the GCSE course, Ricky joined local am-dram group the Harleston Players.

“I love it. It’s like another little family I’ve now got which I wouldn’t have without the course. I’m on my third production with them. My daughter, who is now 11, is getting involved in Harleston Players Youth and looking at courses at The Garage because she’d like to go down the drama route so it makes me really happy to be able to support her.”

Diccon Hogger, Accredited Courses Manager and Lead Lecturer (Dance), said running GCSE Drama, which is open to all ages, is crucial for Norwich and Norfolk.

“The current educational climate is that a lot of schools are cutting arts subjects from curriculum time, alienating students wishing to be creative and develop life-long skills in performing. Here at The Garage we continue to offer excellent GCSE provision in both Dance and Drama, delivered by a specialist education team with experience both academically and within the industry. This makes us perfectly placed to support and develop talented and creative individuals looking to express themselves and learn more about the craft of performance.

“We are still accepting applications for the next cohorts in October 2020 – and yes this will be in our studios. According to the current government guidelines. We also have a diverse age range. It’s never too late to pick up a GCSE. You never know what doors may open from it.”

Want to follow in Ricky’s footsteps? Click to find out more about The Garage’s accredited courses. For more information and any queries, please email education@thegarage.org.uk