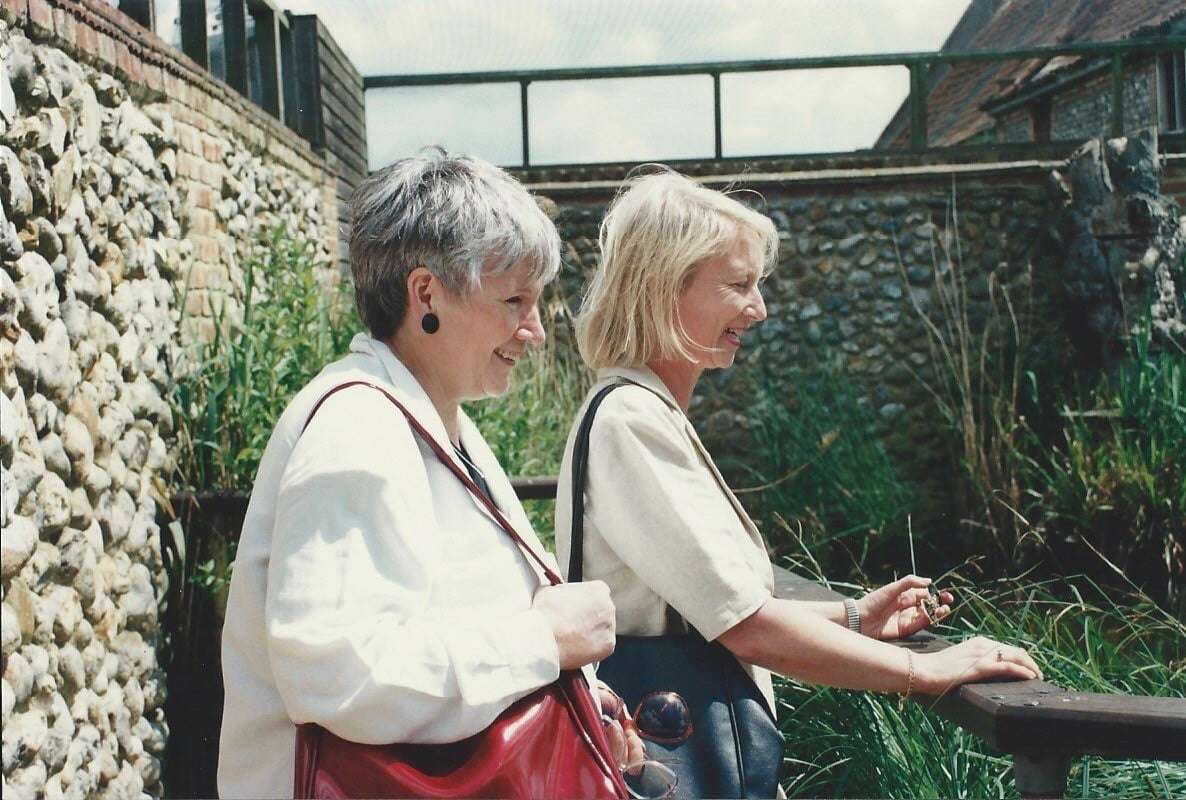 Known and loved by theatre lovers and makers, our former front-of-house manager Marney Meakin inspired everyone around her.

Friend and mentor to many, we are proud to continue her legacy of giving aspiring artists the chance to shine by raising funds for bursaries in her memory.

The first event is this Sunday, where one of her “boys” as she called her early charges, and one of our patrons Peter Wilson will perform TS Eliot’s Four Quartets.

“Such a smart, trendy lady Marney was. She loved to wear T-shirts but preferred them to be from, for instance, Tate Modern or the National Theatre, with approved and stylish wording on the front.

“Her many colourful, chunky necklaces were displayed hanging on a pin board in her bedroom creating, as always with Marney, a work of art.

“She would often say over the years that if she ever ended up in a wheelchair, I was to promise not to take her to see something at the theatre that she didn’t like. I never did.

“I also had to promise that I would ensure that she never saw the film The Sound of Music as she was determined she never would!

“She had seen every one of Shakespeare’s plays on stage, many several times over. Very rarely would you see a play with Marney that she hadn’t seen years ago at the National Theatre and with a ‘much better cast dear’.”

Drawn to the stage from an early age, Marney’s life changed when she watched a star-studded, all-male, production of As You Like It at the Old Vic.

She started as an usher, rising to become front-of-house manager for Laurence Olivier when his National Theatre was based there and again for Peter Hall when it moved to its new home on the Thames.

“Visiting the National Theatre with Marney was much more than going to see a play. Everybody knew Marney and we’d be invited to drinks in the hospitality room in the interval and get to go to the staff canteen.

“Frequently she would disappear when she spotted someone she knew, and you’d later realise that it was someone rather well known.

“We were in the café there one day when Marney started to nudge me and whispered ‘there’s Simon Russell Beale over there, but you mustn’t look dear, you must never look’.

“Watching a play on stage she would often whisper to me ‘he was one of my boys you know. He was beautiful then’. Meaning that the actor in question was one of her stewards at the National in his younger days.

“She worked with Sir Peter Hall at the National Theatre. It was amazing that when it was announced on stage at the beginning of a show that he had died Marney and I just happened to be in the audience. Very emotional for Marney.

“Of course, we went to Norwich’s Theatre Royal (where she also managed front-of-house) many times after Marney retired.

“She never quite learnt to switch off the house manager. Many times, she would jump up to help someone find a seat, give directions and on a few occasions just resisted reprimanding an audience member she felt wasn’t quite behaving themselves!

“When she retired from the Theatre Royal, Marney worked on reception at The Garage where she loved being among the youngsters.

She volunteered at the Playhouse Theatre, was a volunteer guide at the Sainsbury Centre and volunteered at Talking Books for the Blind, reading newspapers and doing interviews. A busy lady”.

Adam Taylor, Executive Director at The Garage, said: “The hardest thing about 2020 / 2021 was losing Marney. Many of us worked with her for some time, front her days at the Theatre Royal and here when she retired.

“Many of us owe so much to the amazing women who cared deeply about her work. Marney’s legacy at The Garage is only just starting. We will miss her.”

Find out more about the fund here and donate here.