My First Panto: Goldilocks and the Three Bears

Days
Hours
Minutes
Seconds
Panto is ready for you to watch. OH YES IT IS!

My First Panto: Goldilocks and The Three Bears invites you to head out to the Wild West where Mama Bear, Papa Bear and Baby Bear live quite happily. Life is sweeter than an enormous jar of honey. But a mischievous wind is blowing down the prairie and with it the famous bandit, Goldilocks, who causes havoc while they are at Old Man Rogers’ annual rodeo. What will she eat? What will she break? Where will she sleep? Most importantly – who will the pig wrestle?

The newest instalment from All-In Productions and The Garage’s My First Panto. This year, Panto is going online! Streaming direct to your living room, this show will have the whole family singing, dancing and playing along with Goldilocks and the Bears in the only pantomime that isn’t too hot, isn’t too cold but is just right.

The show is fully interactive which means you, the audience, can decide what happens to the characters and shape the plot of the pantomime. 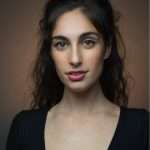 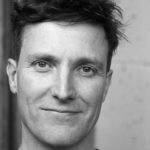 TJ trained at Central School of Speech and Drama. His theatre credits include: Two Gentlemen of Verona (Shakespeare’s Globe and Liverpool Everyman), The Hired Man (Queen’s Theatre Hornchurch, Hull Truck, Oldham Coliseum), One Man Two Guvnors (Derby Playhouse and Queen’s Theatre), La Strada and Cinderella (Sally Cookson), Hansel and Gretel (Kneehigh), Mother Courage (Red Ladder), The BFG and I Was A Rat (Birmingham Rep), The Jungle Book (Max Webster), The Threepenny Opera (Graeae), Spend Spend Spend! and Some Like It Hotter (Watermill), As You Like It (Curve Theatre), Cider with Rosie and Merchant of Venice (Theatre Royal, Bury St Edmunds), Beauty and the Beast (Key Theatre, Peterborough) and What To Do When You Find A Dinosaur (Oxford Playhouse). TV appearances include: Doc Martin (ITV),
A Rogue & A Patriot (Channel 5), and Harry Hill’s Christmas Burp (Channel 4). 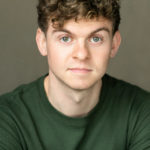 48-hour streaming period
£ 10
99
Click Here
This link will take you to an external web page.

3-month streaming period
£ 15
99
Click Here
This link will take you to an external web page.

1-month streaming period
£ 250
Click Here
This link will take you to an external web page.

check out our blog 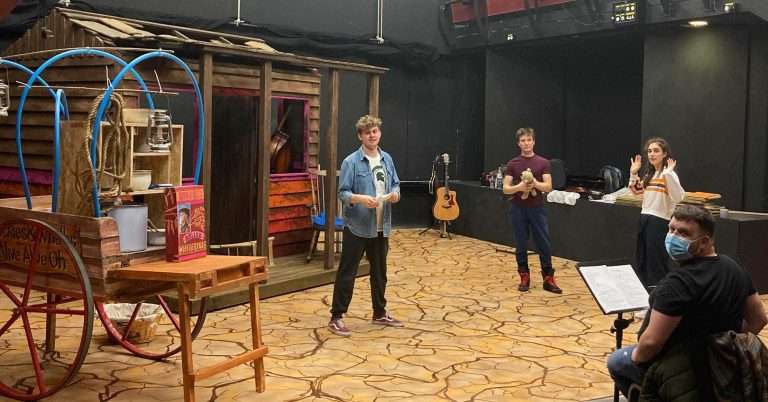 Excited to introduce the cast of My First Panto: Goldilocks and the Three Bears 2020

The Garage and All-In Productions invite you to join them for a rootin’ tootin’ time in the Wild West this December as My First Panto:

My First Panto: Goldilocks and the Three Bears streaming online

Our popular introduction to theatre for young theatregoers is going digital this Christmas. My First Panto: Goldilocks and the Three Bears will provide a magical adventure

Read More »
12th November 2020
“Fairytale fabulous and a magical treat for tinies, Rapunzel was my first My First Panto. Fun, funny, engaging, immersive, telling a story in such way that those watching are part of it; and full of joy it’s wonderfully entertaining and laugh-out-loud funny for grown-ups. My three-year-old granddaughter adored it”
ROWAN MANTELL, EDP/NORWICH EVENING NEWSON MY FIRST PANTO: RAPUNZEL
"There were acrobatics, music and singing as well as dance and quite a bit of clever props and scenery... the kids, of all ages, really enjoyed it."
ROCK 'N' ROLLER BABYON MY FIRST CIRCUS: THE LITTLEST MERMAID
"What a wonderful panto production just for toddlers. Bravo!"
SACHA WILLIAMS, ITV NEWSON MY FIRST PANTO: JACK AND THE BEANSPROUT
"This is an absolutely magical way to introduce children to theatre, plays and Shakespeare."
ME, HIM, THE DOG AND A BABYON MY FIRST PLAY: A MIDSUMMER NIGHT'S NAP
"This hugely enjoyable show trails a blaze for work aimed at such a young audience - Bravo!"
EASTERN DAILY PRESSON MY FIRST PANTO: CINDERELLA
Previous
Next
© 2020 – The Garage is the operating name of The Garage Trust Limited.