It’s showtime! We can’t wait to reopen our theatre 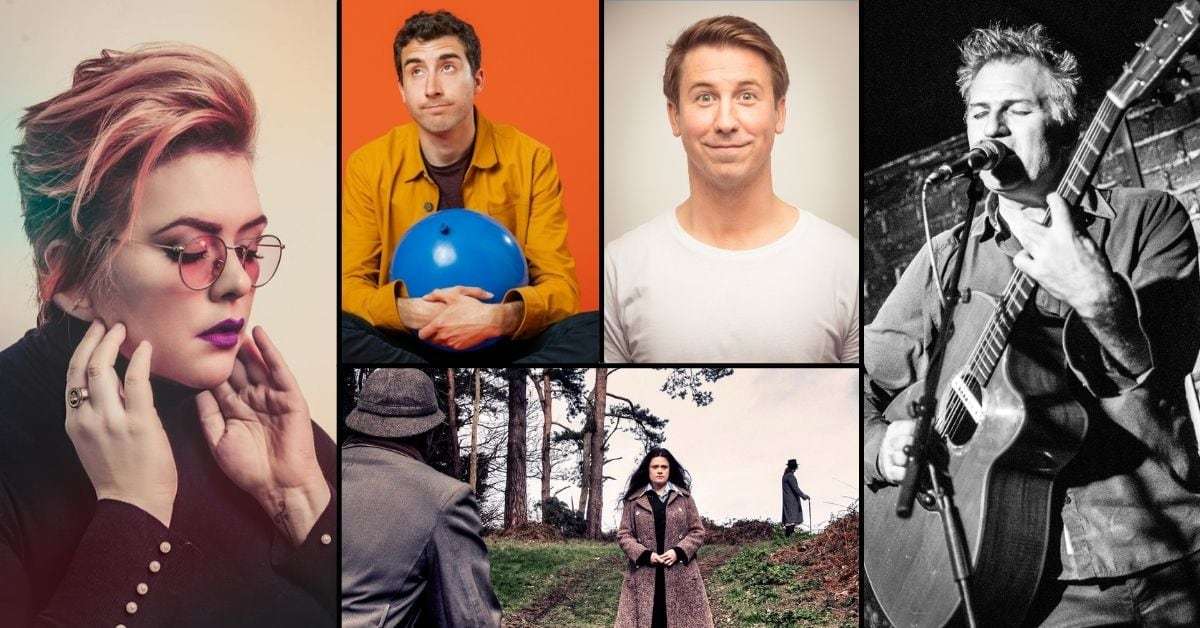 It’s showtime! We can’t wait to open the doors to our theatre again. There’s plenty to enjoy – with drama, music and comedy.

Kicking things off is fEAST theatre with Dulcie and Walter (June 30-July 1), a new play by Great Yarmouth writer Catherine Herman. Dulcie and Walter want to see out their days on their small farm in Norfolk. When Dulcie’s great-niece Mary visits, she finds out more about their long life together and family secrets Dulcie is determined to keep buried. A profound, life-affirming and hilarious play about the sacrifices women make, growing old and staying wild, and chewin’ the cud over a nice bowl of lamb stew.

Songwriter and guitarist Nick Harper (November 5) has been described as one of the UK’s best kept musical secrets. He’s the son of folk rock singer, songwriter and guitarist Roy Harper who influenced the likes of Jimmy Page, Robert Plant, Pete Townshend, Kate Bush, Pink Floyd and Jethro Tull’s Ian Anderson to name a few. Nick grew up surrounded by some of the 1960s’ most revered songwriters and musicians. Their talent and passion for music clearly rubbed off on him.

Rifle through all the noise and self-promotion of modern life with comedian Jayde Adams’ The Ballad of Kylie Jenner’s Old Face (November 19). The Snackmasters and Crazy Delicious host was recently seen learning how to sing opera before performing live in front of the whole nation for Comic Relief. Her first stand-up special on Amazon last year was critically acclaimed, amassed 60 million views across social media and was longlisted for the Best Variety Special Emmy in the Hollywood Reporter Predictions.

Steve Bugeja Tried To Start His Own Nickname (June 17, 2022) features one of comedy’s most exciting rising stars. You may have heard him hosting BBC Radio 4’s Economics with Subtitles or seen him on TV shows like The Russell Howard Hour, Love Island: Aftersun and Russell Howard’s Stand Up Central. He’s a prolific writer, contributing to shows like Iain Stirling’s Celebability, Mock the Week and 8 Out of 10 Cats.

All performances will be Covid secure based on current government guidelines. We will continue to reassess protocols and let you know of any changes if and when they occur.

Lolly Heinl-Rimmer, our technical supervisor, said: “Being around people is the most exciting thing right now. Watching audiences’ reactions is one of my favourite parts of the job. Making magic is what I love to do and although the audiences will be small, the excitement is huge. After a long year of lockdowns, the rumblings of creativity bring fresh hope of a return for the arts. The stage has been empty for far too long. All systems are standing by while we eagerly await the greenlight.”