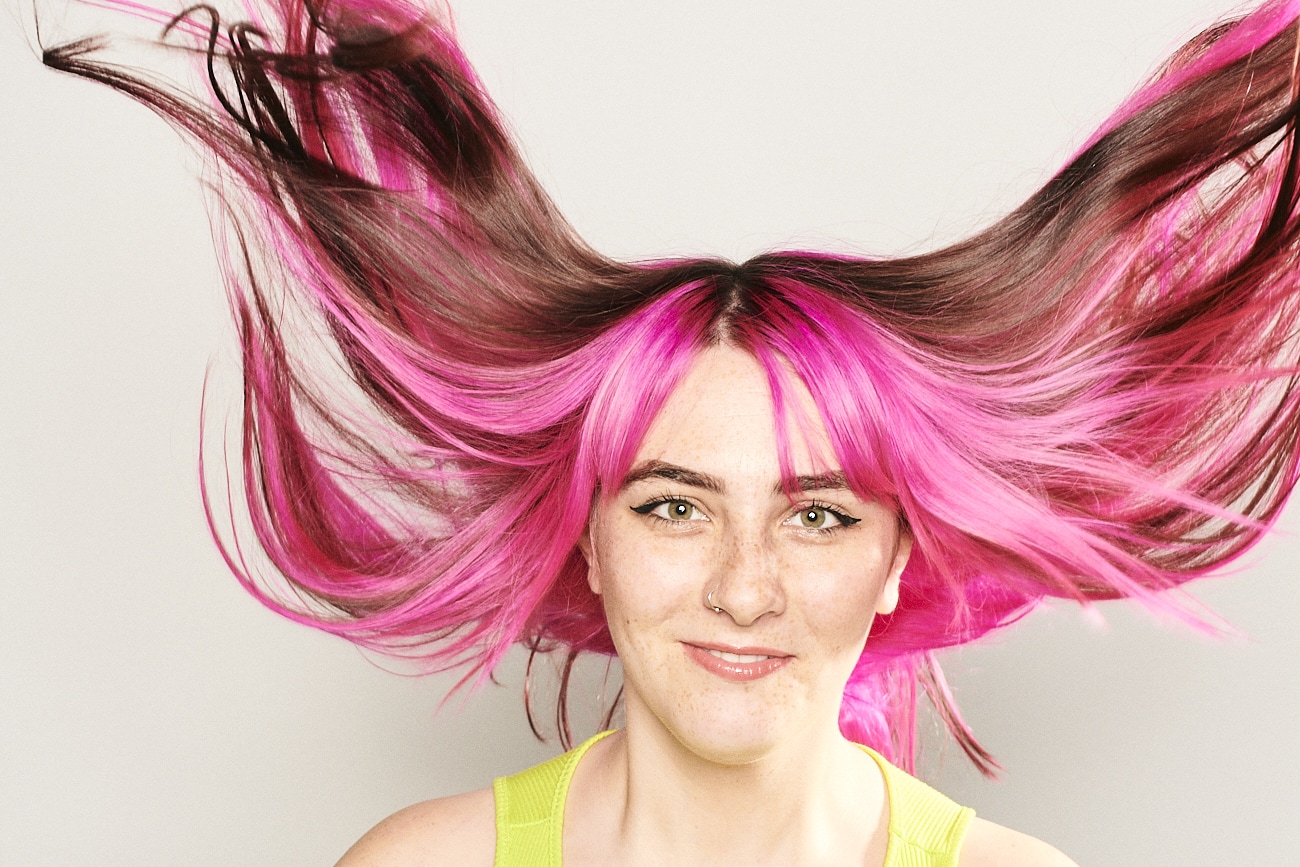 As the hunt begins for our latest Unsigned stars, we spoke to former participants Jøra the Førtuneteller, who are going on a UK and Ireland tour and Amelia Stephanides, whose debut EP drops next month.

Jøra – aka Sam Howlett, Gui Oliveira, Dawid Tondryk and Josh Shave – said Unsigned has been invaluable to them as a band.

“To be able to come in each week, play our songs for the tutors and get some constructive criticism from actual musicians was so important. It helped us learn what worked in our sound and how we could expand on it.

“We also gained a lot of knowledge in regard to the music business. We had no idea about press kits and how to go about getting booked for gigs, but I’d like to think we’re a bit more clued up now ha-ha.”

The band’s plans were temporarily derailed when every member caught Covid.

“It was a huge blow, especially as it came about in a time where we were recording a single and gearing up for the return of live music.

“Luckily, we’ve put in the hours so getting back to form doesn’t take long, the single is still well overdue though.”

Jøra will be supporting Millie Manders and The Shutup on their UK and Ireland tour.

“We love Millie [one of Unsigned’s mentors]. She’s been a massive believer in our band and always pushes us to be the best we can be even when we’re doubting ourselves.

“There was talk of her needing a support for her headline tour, but because we’re still so small it didn’t seem to likely, she really pushed for it though and thankfully we can now officially say we’ll be joining her.

“We can’t wait to get a taste of what it’s like to be a real band on the road, I think we’re most excited to play more gigs in a month than we have in our lives so far, it’s gonna be mega.

“The set is gonna be full of new songs as well as the oldies that our friends love ha-ha.”

There were a lot of Jøra fans at The Garage’s recent Turn Your Dreams into Reality event outside The Forum in Norwich in July. 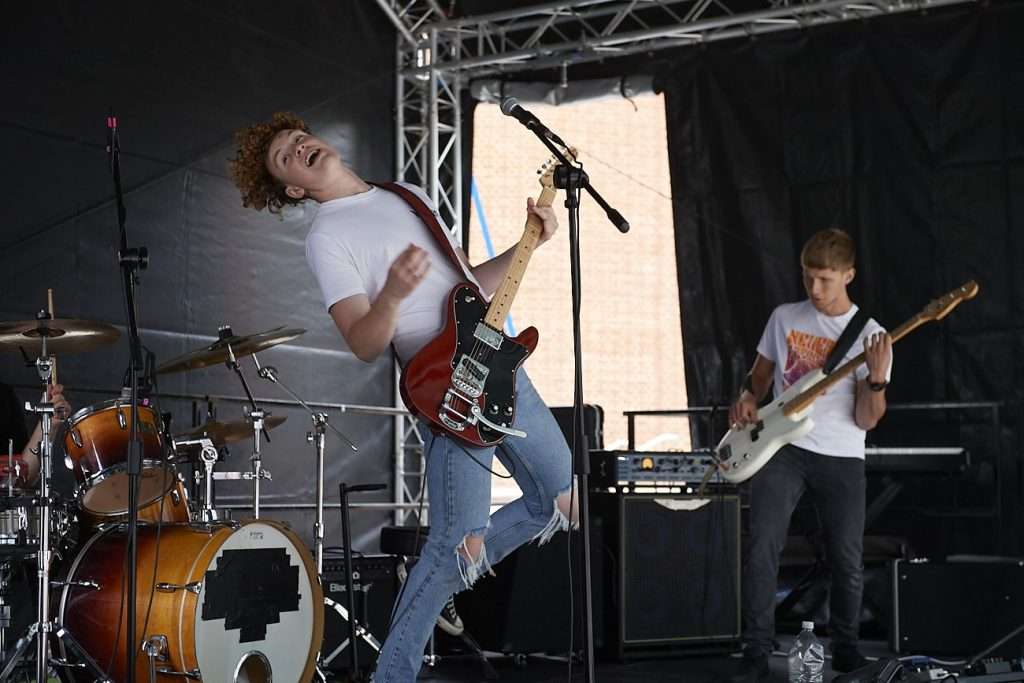 “It’s always a great feeling when a crowd responds to your music well, especially when they don’t know you. They don’t owe you anything, so you know that reaction is genuine.

“We believe in our music, so it’s really affirming to see that. we know we need to carry on and get more people to hear it.”

Next on the horizon is a move to Brighton, to continue their musical career.

“Who knows what opportunities will come from that move, but we do know we want to get two more singles out and push those a bit. I think once the dust has settled, we’ll start thinking about our debut EP.”

They’re grateful for the opportunities Unsigned has given them.

“Millie’s tour is a huge one, we never would have got something like that without Unsigned. We’ve also managed to book more of our own gigs and got in contact with some industry professionals via the knowledge we gained.

“If you’re a young band starting out it can feel like your lost in a huge echo chamber, it’s really hard to get concrete advice and know what you need to be putting your effort into.

“Unsigned is great for learning to align your goals and know what you need to do and where you need to be to make them happen. We couldn’t recommend it more.”

Amelia said the Unsigned program has helped her develop skills in the business areas of her music and how to promote herself online.

“It’s really allowed me to see the other side of the music [industry] that doesn’t necessary involve actually performing. It’s allowed me to take pride in my public image and make me more professionally sellable.

“I got the opportunity to record at Ashwood Studios, have an incredible photoshoot and two gig opportunities.

“Not to mention fantastic mentoring and friendships made with my tutors who I know I will continue to network with as I venture further into the industry.”

“I really hope people connect to my lyrics and it makes them feel something. I’ve been writing music since I was six and gigging professionally since I was 12.

“But I haven’t released anything professionally on Spotify before so I’m very excited to finally get this out to people. It’s definitely the first of many releases.”

Her plan is to carry on working on her branding and getting her name out there, with lots of gigs, music videos to film and more releases lined-up.

“Unsigned has helped me make that last push and now I’m ready to be independent. It’s taught me so much about who I can be in the industry.

“If you want some more insight into the behind-the-scenes work every artist or band has to do this is the course for you.”

Unsigned is free but spaces are limited. Aimed at ages 16-25, participation is by selection only.

To be considered, please send links to your music, any performance footage, a bit about yourself and why you’d like to take part to info@thegarage.org.uk. Find out more here.

Our 2021 autumn term starts on 13 September. Find out more about our classes and accredited courses. 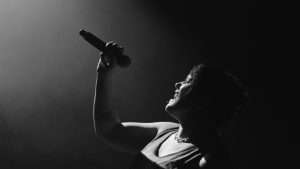 It’s hard to imagine punk powerhouse and music mentor Millie Manders only being able to perform if she was in her mum’s dining room, with 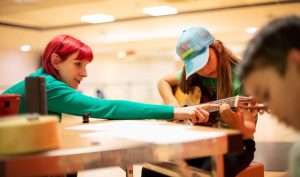 Let’s make some noise for Youth Music, which has awarded The Garage Trust £149,000 for its Musical Journeys project. The inclusive programme will help young 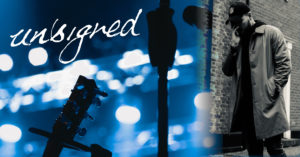 Blux J found peace from the playground bullies by hiding in his school’s music block. There’s been plenty of ups and downs since then, including 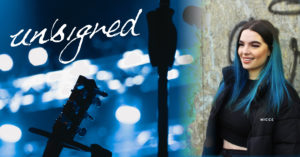 Teenager Ella Massingham is tired of singing other people’s songs. She told us how Unsigned is helping her express herself through music her way. How 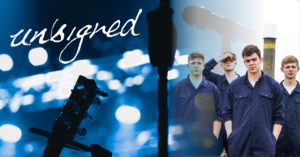 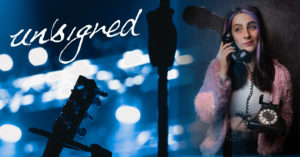 Amelia Stephanides is a little confused where she fits in genre-wise, just one of the things the Unsigned course is helping with says the NUA

14/05/2019 Hannah Birtwell is a singer-songwriter from Easton, who has already had a track played on BBC Radio Norfolk. We chatted to her about conquering her nerves

10/05/2019 Leon O’Leary is a singer-songwriter from the Suffolk coast. He’s performed at many venues across East Anglia and his tracks have featured on BBC Introducing

09/05/2019 Solomon Lake is one of five acts playing The Waterfront in Norwich on Sunday 19 May for Unsigned. We spoke to him ahead of the gig about his

Q&A WITH UNSIGNED ROCKERS THE RENADEANS

08/05/2019 The Renadeans are drummer Ivan D’Eath, his brother Max on bass and backup vocals and their friend Paul Murray on guitar and lead vocals. Fusing

07/05/2019 Bridget Holmes is one of five acts performing at Unsigned at The Waterfront in Norwich on Sunday 19 May. We spoke to her ahead of the gig about